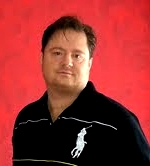 This is part 2 and his concerned mother is also speaking about how it feels to live with Magnus and everything that he is going through. All from dizziness to nausea, to seeing him collapse, and going to the hospital to be ridiculed.

Brain Researchers are today responsible for one of the biggest crime in our times. One of the victims is Magnus Olsson and his mother is on his side.

This is one of the most beautiful videos a victim can watch and a very good video to show to family and close friends who often are skeptical.